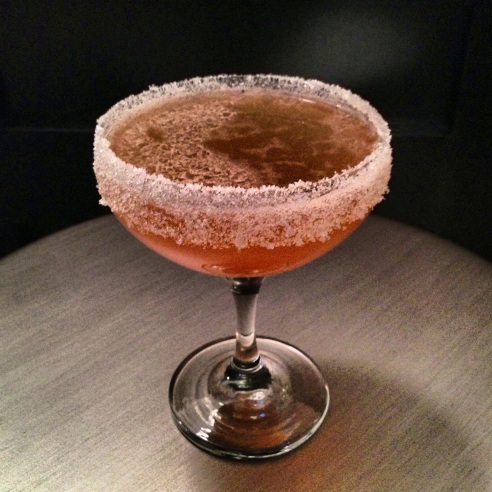 Rim a cocktail glass with sugar then place in freezer. Add the cognac, cointreau and lemon juice to a shaker glass. Add ice and shake vigorously. Strain into the chilled sugar rimmed cocktail glass.

Citrus sweet on the nose. Sweet cognac and citrus upfront accented with the orange from the Cointreau. This is a sour through and through, yet more complex and flavorful than any typical sour. The sugar rim makes for an elegant and flavorful touch.

Another cocktail with unclear roots, the Sidecar has a number of claims at its origin. This one likely first appeared toward the end of World War I, either from London or Paris. Both books first describing the Sidecar’s origin were published in 1922 and initially credit the same bartender.

In Cocktails and How to Mix Them (1922) Robert Vermeire claims that the Sidecar was:

“…very popular in France. It was first introduced in London by MacGarry, the celebrated bar-tender of Buck’s Club.” 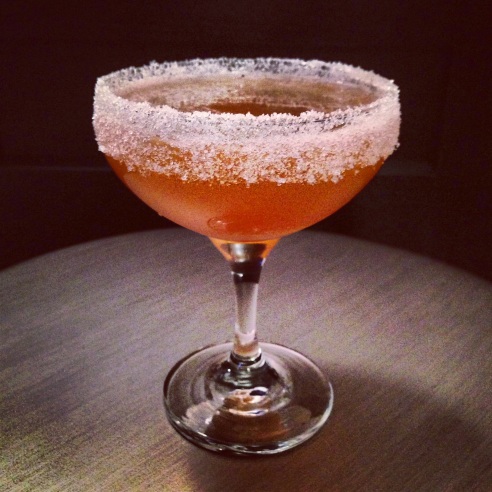 David Embury’s famous Fine Art of Mixing Drinks (1948) lists the Sidecar as one of the six basic cocktails.

Both initial recipe’s call for equal parts lemon juice, cointreau and cognac. This is known as the “French school” of Sidecars. The Savoy Cocktail Book (1930) lists the recipe as detailed above with a more “modern” ratio of 2 parts Cognac to each of the other ingredients. This version is known as the “English School.”

Regardless of who first made it, the Sidecar is an excellent cocktail that will definitely please sour lovers but will also appeal to those who are not huge fans of sour cocktails.