Often mistakenly used interchangeably with CrÈme de Violette, this classic violet and berry liqueur was once lost for decades but has recently been revived.

As mentioned above, CrÈme Yvette is a blend of two main ingredients, berrys and violet flowers. Four main berries are blended: mure, framboise, cassis and fraise sauvage. Dried violet petals come from Provence. These are then pressed to extract the flavor, after which honey and orange peel are added, making for a flavor that is so much more than violet.

Sweet black and raspberry scented nose, with an essence of violet. Sweeter upfront, the berry notes continue onto the palate. The violet flavor is more dominant than in the nose.  Additional flavors of honey, vanilla and orange citrus tantilize the tongue. The violet laced finish drys out a bit toward the end.

Originally produced around 1890 in the US by the Sheffield Company, CrÈme Yvette became an essential ingredient in some well known classic cocktails. Shortly after its creation, Charles Jacquin et Cie. purchased the brand and began to distribute it world wide.

Thanks again to prohibition, the popularity of classic cocktails dwindled in America and thus many ingredients also suffered. By 1969, CrÈme Yvette was taken out of production.

Left on on an office wall at Charles Jacquin, a bottle of CrÈme Yvette sat idle, collecting dust for decades. It wasn’t until the “modern” cocktail revival in the 2000s that big names like Dale DeGroff and David Wondrich began asking questions.

These revivalists wanted to make certain classics, but were left to historical accounts and their own imaginations as to how CrÈme Yvette might taste. After some persuasion, Robert Cooper, creator of St. Germain and family member of the Charles Jacquin et Cie. decided to revive the spirit.

While the recipe was in possession of his family, the original suppliers of the ingredients had obviously changed or were no longer in business. Not to be defeated, Cooper sourced ingredients from new locals. Once things started to fall into place, he used the old original bottles to compare, in order to create a similar flavor profile to the original. 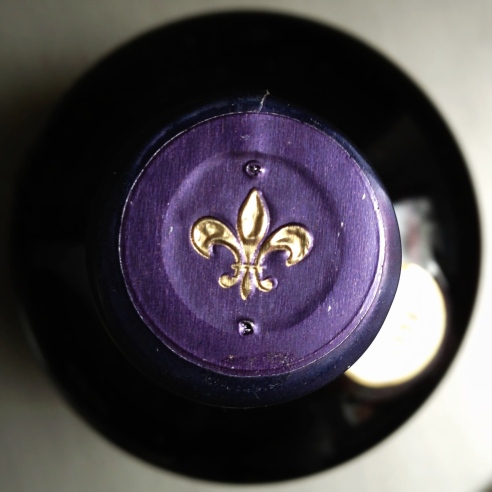 While I can’t vouch for the authenticity of the taste, one key difference between the new product and the original is the lack of any artificial ingredients in the new CrÈme Yvette. Sounds like a good thing right?

Well from a health aspect, perhaps, but the color is actually quite different than the original. The original had a similar purple, violacious color much like crÈme de violette. The modern Crème Yvette, while looking purple in the bottle, has quite a reddish hue when poured, resulting in cocktails having a color much different than you might expect. More of a “Pink” Moon than a Blue Moon cocktail now. More on this soon.

If you are not bothered by the color difference from the original, I think you will find CrÈme Yvette to be quite enjoyable, particularly in newer creations.