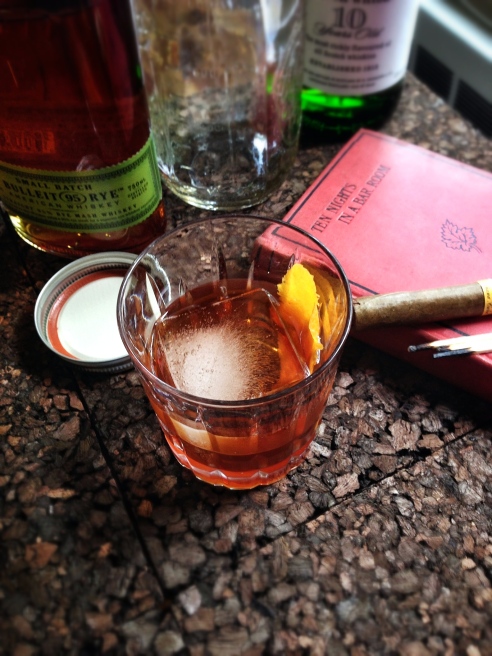 Notice anything ironic in this picture?

Smoke the rye (see below), then pour it into a chilled mixing glass. Add the Lapsang Souchong Demerera Syrup, Angostura Bitters, Black Walnut Bitters and Maple Bitters. Add ice and give a quick stir. Rinse a chilled rocks glass with a generous amount of Laphroaig and then leave the surplus in the bottom of the glass. Add a large ice cube and strain the cocktail into the glass. Garnish with a flamed orange twist.

To smoke the rye:

I used “The Smoking Gun” (see Apple and Snake), this time with Hickory chips. This is simple to do if you have the equipment. Just add the rye to a sealable container, fill the rest with smoke. Cap the container and swirl for 15 seconds or so and then pour the smokey goodness out. Be wary of “over smoking” the rye, which if you’re like me will be your natural instinct. It really does pick up the flavor fast and a little goes a long way. 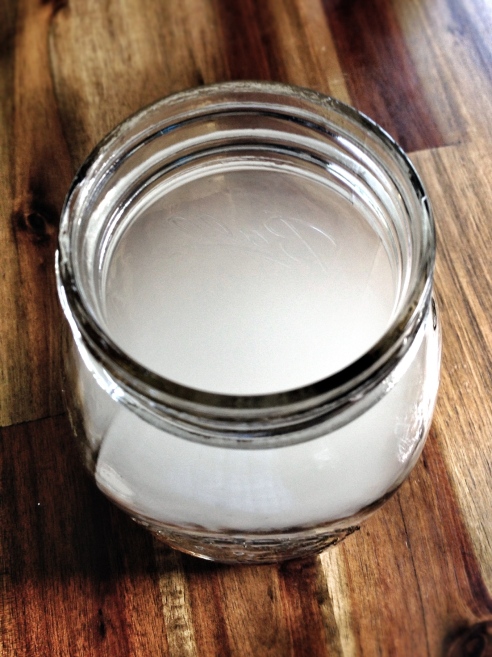 What if I don’t have a fancy smoking gun?

Got ya covered. Take some hickory chips and put them on something you won’t mind burning. Light em up and collect the smoke in a sealable container (mason jars work well). Quickly pour in the rye and cover. Marinate as detailed above.

Ok dude, your getting carried away, how do I make “Lapsang Souchong Demerara Syrup” and what the hell is it anyway?

First of all, Lapsang Souchong is a smoked tea. How smokey is it? Well let’s just say, it’s a great way to make everyone at work think you’ve been drinking Scotch at 8am. Second, Demerara Syrup is just like simple syrup, but instead of making it with table sugar, you use Demerara sugar. What is demerara sugar? It’s a less refined “truly” brown sugar that has a caramel like flavor (Regular brown sugar is just sugar coated in molasses…lame).

Now that we’ve got that out of the way, making Lapsang Souchong Demerara Syrup is actually ridiculously easy. First brew the tea. I used enough loose tea leaves to make about four cups of tea, but brewed it in just over 1 cup of water to make it really strong (otherwise it won’t be flavorful enough when you add the sugar). Once the tea is brewed and you’ve removed the leaves, add one cup of Demerara sugar to the tea. Stir it for a while to dissolve (believe me it will work). Then add a teaspoon of vodka to preserve it and store in the fridge for up to 3 months.

Hickory smoke, peat and walnut lead the nose. The flavor is nutty, woody, peaty and smokey with accents of citrus, tobacco, cloves, roasted marshmallows, bacon, chocolate, campfires and maple syrup. Semi sweet upfront, the finish dries out a bit with a lingering hickory and smoke laced finish. Put another way, this one tastes like a combination of bacon, pancakes and s’mores mixed with cigars and leather. It’s ruggedly manly, yet also a bit sweet and sensitive, just like Grandpa. 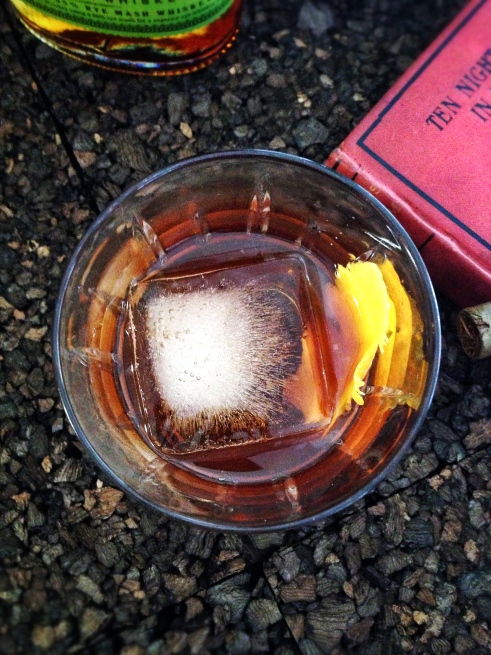 This is round two for this months Mixology Monday. In case you missed out, go check out Apple and Snake for the scoop on this months theme of “Smoke,” hosted by Elana over at Stir and Strain.

Last time, I busted out some apple wood chips to smoke the glass for a peated Diamondback. This time around, I’m getting even more carried away with smokey elements.

I wanted to pick a classic cocktail that lends itself well to almost any variation, then experiment with adding smoke to it in different ways. While there are many that can make great variations, one stood out in my mind as being perhaps the most versitle cocktail ever made: The Old Fashioned.

The versatility of the Old Fashioned allows you to use Smoke Signal as a “choose your own adventure” style of drink. You literally could substitute almost any ingredient in this drink for another (within reason) and come out with something good. Since this month Mixology Monday is all about smoke, we are going to smoke up the Old Fashioned 3 ways.

So how can we add smoke to a cocktail like the old fashioned? The simplist way is to swap the spirit for peated Scotch or Mezcal. Sure you could do that, but to me that was the easy way out (plus I kinda did that last time). Another really simple option? Rinse the glass with peated Scotch. Yeah I know I’ve done that before too. What can I say, it’s one of my favorite ways to add a little smoke to a cocktail.

Ok fine tough guy, lets mix it up a bit. One idea I came up with is to make a Lapsang Souchong simple syrup to sweeten the drink. This tea has been popular around the “net” among cocktail enthusiasts as well as in bars to infuse various ingredients with smoke flavor. I decided to play off this idea and make Lapsang Souchong Demerara syrup instead. It has the perfect combination of smoke from the Lapsang Souchong, as well as a smooth caramel flavor from the Demerara. Give it a shot. It might just be my new favorite sweetener.

What else can we do? Well “Smoked” cocktails are all the rage these days, so why not actually smoke the drink itself? This could range from smoking the entire cocktail, to one of the ingredients. I tried doing it both ways, but ultimately preferred just smoking the Rye for this one as smoking the whole cocktail took a bit away from the other ingredients.

Another idea would be to smoke up the drink by letting it age in charcoal. For an example of this, check out  SMOKE IN THE WOODS.

The best part about Smoke Signal? Besides being insanely smokey and delicious? As previously mentioned, this one makes a great “choose your own smoke adventure” kind of drink, showcasing various ways to incorporate smoke into your cocktails. Smoke it as much or as little as you want, based on what you have at home. Maybe you go all the way like I did and smoke the rye, rinse the glass and use the smokey syrup, or maybe you just go for one or two of those options. Regardless, it will be delicious either way. Trust me, I’ve done significant “quality” testing to ensure these variations are sound.

As I mentioned in Apple and Snake, I was at first a little bummed that I had finally just posted my favorite smokey cocktail, Smoke in the Woods, but this also gave me a challenge to try something new. Smokey Boulevardiers/Negronis are my go to drink and it was great to explore new territory. I will definitely be smoking more cocktails in the future and am really enjoying the Lapsang Souchong Demerara Syrup.

Hope you’ve been enjoying this smokey Mixology Monday on my end, thanks again to Elana for both hosting and giving me a chance to explore new ways to play with smoke. Here’s looking forward to seeing what the round up brings. In the meantime, I hope you try 2 of my favorite new Fall drinks and don’t forget to check out Smoke in the Woods, if smokey drinks are your thing too.

Got any good smokey drink ideas? Share them below.

Notice the book in the picture: Ten Nights in a Bar Room. This was a popular temperance novel in the 1800s, during the rise of the movement toward Prohibition. I stumbled upon an old copy at an antique store and obviously had to pick it up.

Leave a Reply to The Straight Up Cancel reply