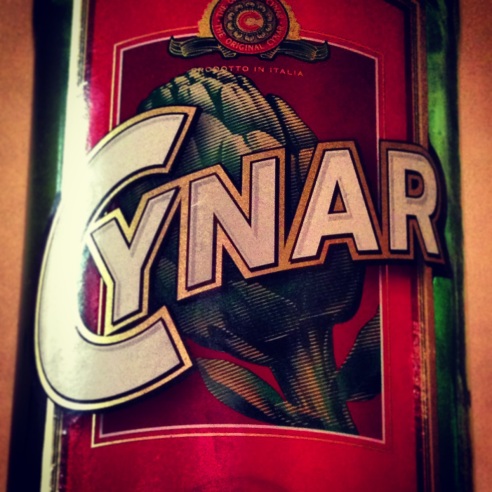 Confused by many, Cynar is pronounced “chee-NAR”

Another bitter amaro, Cynar is named after one of its key ingredients: Cynara, latin for artichoke. While artichoke is a dominant ingredient and is featured on the label, Cynar doesn’t really taste like artichokes. In fact, artichoke is only one of the 13 herbs and plants infused into this amaro.

Many find the idea of “artichoke liquor” to be appealing; however, the dominance of artichoke in the name and label has also worked against Cynar, turning off those less “adventurous.” Unfortunately, this has led to many missing out on one of the most versatile and approachable amari.

Notes:
Sweet and bitter with a hint of rust on the nose. The taste is initially light and sugary, in stark contrast to Cynar’s dark color. The herbal/vegetal qualities also really shine through on the palate. The finish is bitter, akin to a light espresso finish.
Proof:
Cynar is 33 proof (16.5% ABV) and is sold in 1L bottles.

Cynar is a relatively new amaro, first produced in Italy in 1952.  Advertising in the 1960s by Ernesto Calindri, helped propel Cynar to relative popularity in Italy. One such ad depicted a man sitting at a table in the middle of traffic drinking Cynar, completely oblivious to the outside world. Despite being somewhat recent, there is not much to find in regards to its origins. In 1995, the Campari Group acquired Cynar and has produced the bittersweet amaro ever since.